Mr Ex finally showed his face the next evening.

He had prearranged via email to “drop by and collect clothes”.

DROP BY AND COLLECT CLOTHES FULLSTOP.

That is it. NO TALKING and certainly NOT returning home to stay. Mr Ex didn’t need neon flashing lights to make that loud and clear to me.

When he arrived, he looked absolutely wrecked. Dark grey circles under his eyes. He did not look good.

Mr Ex always gave the best hugs. For seven years of my life, his all-embracing hugs were a sure-fire way to melt my troubles away. No warmth this time though. No hugs. No niceties.

Scary and surreal to see my best friend genuinely presenting like a creepy mutant robot in front of my eyes.

I tried to reach out to him, gently. I sat on the sofa in an effort to encourage him to sit too.

But he remained standing the whole time.

And he remained on the other side of the kitchen bench, maintaining a physical barrier between us. It was clear to me that Mr Ex was guarded. And it felt like I was stuck in a sci-fi movie, witnessing a Dr Jekyll/Mr Hyde-style alter-ego of my husband.

I asked Mr Ex about his [fictional, fake, pile-of-dog-poo] sailing trip. Remember, as far as he was aware, I thought he was sailing that weekend. He didn’t know my clever mum had rung the boat club and discovered there were no races that weekend.

But Mr Ex, in typical lawyer fashion, didn’t confirm or deny. He had years of legal studies to his name. Damn lawyers! He just kind of looked vague. And creepy.

I maintained my position that I would stand by him no matter what. I reaffirmed my half-dead-kangaroo-style steadfast love for him. But, again, he didn’t reply. I noticed that he was actively avoiding eye contact too. He was twitchy. Still vague. Possibly sleep-deprived??

Then I asked him some questions. The same questions I’d unsuccessfully asked before. Once and for all, I wanted to know who “she” is and whether this was an actual “thing”.

To my amazement, he answered straight away. He told me, “I work with her.”

FINALLY! AN ANSWER!! About fucking time!!

Far out! That was a surprise.

But he said he couldn’t – or rather wouldn’t – reveal her identity.

WHAT THE FRITZ?!  He’s protecting her?!

I wanted to know how long this had been going on for.

But that was it.

He wouldn’t add anything else.

He wouldn’t indicate if they were still together or how far their r…r…r…r…r…relationship had gone. Both vital bits of information for me to understand the situation at hand. But no; no reply.

Mr Ex then went upstairs. I tagged along behind. He collected a few bits of clothing from our wardrobe as I sat on the bed, feeling lost. Leaving his backpack on the bed, he stepped out of our bedroom for a brief moment – while I stayed on the bed, trying to think of what I could do to stop him from leaving again. Do I create a scene? I contemplated falling on the floor in theatrical commotion. I contemplated hiding his car keys or throwing myself down the stairs into the glass window at the bottom. Tears flowed from my eyes. But I didn’t have the energy or capacity for theatrics or games.

As Mr Ex put his backpack of clothes on his back and began to walk downstairs again, he told me, “Well, Essie, that’s about it. I don’t think there’s anything else I need to take.” Then he remembered, “Oh, you don’t drink red wine. It’s not your thing, hey. So I’ll come back another time to get that.”  Mr Ex was talking about a wine rack of his mum’s homemade red wine.

I was not OK with that, although it didn’t really call for a reply.

He then left, still in zombie-mode, carrying that backpack stuffed with clothes. He wouldn’t say where he was staying or when he’d be back again.

I sat on the stairs for a while after he left. Just watched the door. Probably for a good half hour, if not longer.

And then it hit me!!!!!!!! He had walked out of the bedroom for thirty seconds before walking back in again. What did he DO in that time?! So, I retraced his steps to see what he could have been doing.

I opened the linen cupboard just outside our bedroom door, reached up to the top ledge and pulled down the biscuit box hidden behind my hairdryer.

Of ALL the things to take!!!

Wine glass in hand, I got thinking…

Is he depressed? Is he in danger? Is he on something?

Is he self harming or in some kind of trouble?

Is he planning on skipping the country?

Has he suffered a mental breakdown?

Or, worse still, is he completely sane?!

And I was actually rather scared for him. Of him, even.

“You need to know what you’re dealing with,” my family told me a little later, as I recounted Mr Ex’s behaviour. “You need to come to terms with reality and gain some control.”

And this is the point in my story where I run the risk of over-sharing and sounding like a total fruit loop myself!

At the time, Dad played tennis socially with a private investigator.

I needed help to face reality.

I needed facts. Facts with no emotion.

And Penny, a lovely private investigator and former police officer who played tennis with Dad, could help me with that.

Images of trench coats, briefcases and magnifying glasses were soon put to rest. Penny broke every stereotype of a private investigator. Just think Agent 99 from Get Smart!

Oh, the mental turmoil! Should I do this?!

On one hand, it would give me the cold, hard reality. I would know once and for all what I was dealing with. And I could get answers in a situation where I was completely in the dark. I mean, I didn’t really know what I was dealing with. His behaviour was alarming. And if he is actually in some kind of trouble or mentally unstable and needing help, I could then do something about it.

This is the stage where the Titanic is vertical in the water. Half above, half under.

Is it about to go under? Or can it stay half submerged indefinitely?

A line from one of my favourite movies The Truman Show starring Jim Carey, says, “We accept the reality with which we are presented.”

That hits the nail on the head for me.

We are all guilty of it. We accept reality.

When life is ‘normal’, we go through the motions of getting up each morning, going to work, meeting deadlines, coming home, going to the shops, going on holidays, going to church, having children… it all just happens. We get swept up in a misconception that we are in control of our lives. We never have to justify why we do what we do. We never have to question our beliefs because everything just works. It is our life and we are living it. End of story.

Pain makes us delve deeper into what we normally take for granted.

We inquire, we challenge, we doubt, we search for answers. 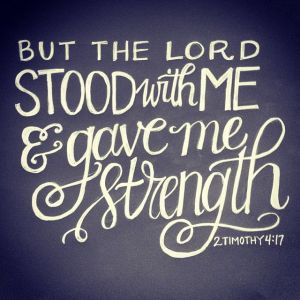 One thought on “Chapter 7: Un-accepting reality”